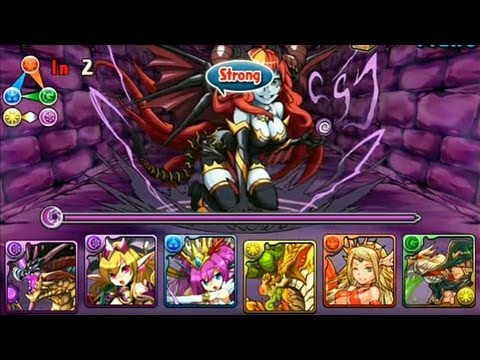 GUIDE FOR GETTING *FREE* MAGIC STONES ON iOS:

The only team member I used which isn’t easily obtainable is Laphroaig, whom I brought along for the sole purpose of speeding up Hera herself thanks to his light element nuke.

Any similar nuker such as a 5* Resist Dragon (lil’ dragon line) would substitute for him.

I sped up the run considerably through fast forwards. The unedited run clocked in at about 50 minutes.

If you have any questions, please ask in the comments!

Preparation:
Your team MUST have over 8300 HP to survive a hit from Hades, even with Odin’s leader skill and 50% dark resist!

1. Odin’s leader skill will protect you and pretty much trivialize incoming attacks as long as you have full HP. You need to heal up after each attack and be very careful of synchronized enemies on the first four waves, as enemies attacking on the same turn may ruin your day!

2. Wave 1 will have two enemies. If these two enemies are scheduled to attack on the same turn, or will sync up after an attack or two, then you will need to plan for those specific turns by making sure you have lots of hearts to heal up after an unmitigated hit. These are the intervals at which the enemies will hit you:

3. Once only one enemy remains on the first wave, charge all of your skills up before proceeding to the next wave. Do not use a nuke to finish off the remaining enemy; you might need the nuke on the next wave!

4. Evaluate the enemies in front of you on wave 2. If any of them are synchronized, or will sync up, use your nukes to dispose of them. Odin’s nuke is single target so keep this in mind when planning on how to use your nukes.

6. You will encounter the first boss on wave 5, Venus. She is the second hardest boss in this dungeon for your team as she hits every turn. This means you need to ration hearts so you are able to heal to max HP every turn! Use Siren if you run out of hearts, and use Echidna as a last resort if Siren is down and no hearts are on the screen.

7. Minerva and Ceres on waves 6 and 7 are straightforward. They hit at 2 and 3 turn intervals so they are easier to heal up from than Venus.

8. You need to use Poison to damage Neptune on the 8th wave. This is why we brought Lilith (or Neptune, for those who have him).

9. Hades is straightforward just like waves 6-8. He hits at a 6 turn interval for a lot of damage, but it should be easy to heal up from his attacks. Make sure to charge ALL skills before proceeding on to the final wave.

10. Hera hits every turn just like Venus and she has a much larger HP pool. It will take a long time to finish her off and you will need to ration hearts and use both Siren and Echidna’s cooldowns wisely to defeat her. Good luck!

*Laphroaig is NOT necessary, he merely serves as to speed up the fight. Any comparable nuker, like a second Chaos Devil dragon is fine. A defensive monster like Rainbow Keeper could be useful too.*