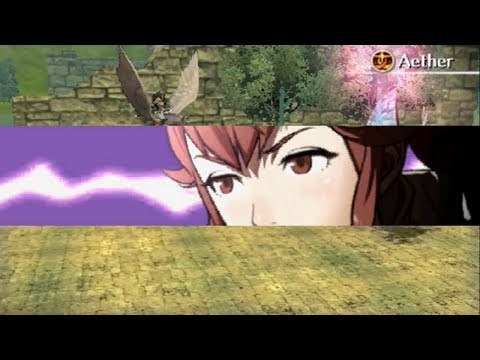 DLC Map to become the next RNG God/Goddess (not really)

Welp this is it, the final DLC map and definitely the hardest. This map is very special in the sense unlike others it has 2 paths you can do: Normal and Secret. Also, no matter what difficulty you are playing in your file this map will always be in Lunatic+. As you can tell, enemies have Lunatic+ skills, so bring your A game here.

To access the Secret Path you need to beat the Intro Wave in 2 turns or less, then Anna will give you the choice between Normal and Secret.

THEN you have to face 5 waves, so technically you are facing 6 waves of enemies total. Secret Path is MUCH harder than the Normal Path, culminating on the hardest wave at the end where you fight the true final boss… the RNG Goddess Anna herself!

Why wasn’t the Anna we got as a unit this strong? oh well :c

She isn’t the only thing you have to worry about though… a lot of nasty units with nasty skill combinations will get in your way in this path. Wave 2 and onward I had to start being very careful, any screw up could end on a dead unit from this point onward, but Wave 4 and 5 are definitely the more intense ones… People that watched me stream this run you are watching can definitely tell you I stopped chatting completely once Wave 3 started, I was THAT focused xD

Anyway, I also did a change in music as hearing the same theme again for another 1-2 hours wasn’t going to be as enjoyable (for me), so here is a list of the tracks I used in order:

All from the Bravely Default Soundtrack.

Welp, this is most likely my last Fire Emblem Awakening video for now, hope you enjoyed the vids. Project X Zone is almost out, so look forward to that.

PS: I sure thought it hard on the Archer leader on Wave 2 though lol

Recorded with the 3DS Capture Board:
http://www.3dscapture.com