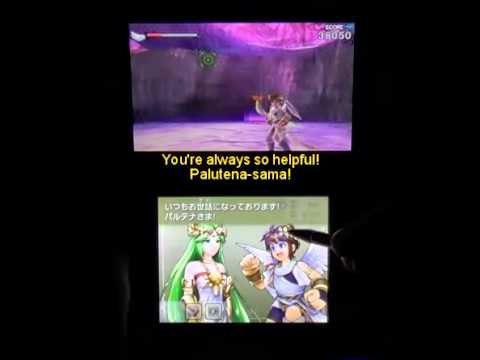 Also, sorry for the clip at about 11:42. I accidentally pushed the text up to the top screen and had to pause and re-adjust (which I just clipped out of the video).

* Two notes on the name of this character. First, the name is ナチュレ which should technically be rendered as Nachure (pronounced: Nah-choo-reh) in Romaji. However, since the name is obviously a reference to the English word “nature,” I have spelled it as such. I will attempt to differentiate the character’s name from the Japanese word for nature (自然 / shizen) by use of capitalization (the name will always be capitalized, translation of 自然 will never be). Secondly, the title is actually 自然王 / shizenou, which literally would mean “king of nature,” I have translated it as “queen” for obvious reasons. While 王 is usually translated “king,” I believe that it can be used in a gender-neutral way, unlike the word “king” in English.

** Nature uses an idiom here for “completely untrue” which is 根も葉もない / ne mo ha mo nai. This literally translates to “No root or leaf,” referring to parts of a plant, but as an idiom it means “completely untrue.” It’s a fitting idiom for the goddess of nature, but I was unfortunately unable to work it into English and still preserve the meaning.

*** The term used here for Nature’s army is 自然軍 / shizengun. The first part is, of course, 自然 meaning nature. The second is 軍 meaning army/force/troops. In the English version this was translated as “Forces of Nature,” but I think it’s a bit different, since it parallels 冥府軍 / meifugun (underworld army) in Japanese. Also, because the normal way of saying “Forces of Nature” in Japanese (to the best of my knowledge) would be 自然力 (shizenryoku), not 自然軍 (shizengun).

**** The term わりばし / waribashi (literally “splittable chopsticks”) refers to chopsticks that must be split apart before use, that is, the disposable ones. The sorting of garbage is a common practice in Japan (for recycling purposes). Usually, garbage is split into two types: Burnable garbage (燃えるゴミ) and non-burnable garbage (燃えないゴミ). Nature is going overboard here.

***** Nature actually says キューピット (Cupit) here, but this is an acceptable way of saying “Cupid” in Japanese. The implication being, of course, that Pit’s name (ピット) is taken from Cupit (キューピット).

All characters and logos are copyright their respective owners.